In a short author interview at the end of Ragdoll, Daniel Cole explains how he put the novel together. He wanted something that was less po-faced that the run of the mill British television crime drama but something not as cheesy as American television crime drama like Castle. And while he has partially succeeded in Ragdoll, he does end up leaning very heavily towards the cheesy/contrived end of the spectrum.

Ragdoll opens with the trial of the Cremation Killer – a man known for burning his young, female victims. The trial goes south and police investigator William Oliver Lawton-Fawkes, aka the Wolf, unable to take this miscarriage of justice, attacks and almost kills the defendant. When he is later proved right, Wolf is reinstated to the Force so that four years later when a body is found composed of the body parts of six different people he is on the case. The body, nicknamed the “ragdoll” has been left in such a way that it points towards the flat in which Fawkes in living. And when the head of that body turns out to be the Cremation Killer, connections to that earlier case start to haunt the current investigation.

Things become more complicated and the race is on when the killer announces his next six victims and names the dates on which they are going to die. Wolf is number six on that list and his ex-wife Andrea is the news reader who breaks the story to the world.

Ragdoll does have the trappings of a British police procedural but a particularly sloppy one in which half of the investigators should have recused themselves from the case well before their connections have become obvious to everyone. There is an enjoyable strain of morbid humour running through the narrative and a forced element of unresolved sexual tension between Wolf and his fellow investigator Baxter. But Ragdoll also reads like one of those over-the-top American serial killer thrillers in which the killer uses seemingly superhuman foresight and planning in order to get to their victims in the most innovative ways. There is a nice twists to the killer’s motives and some explanation for his powers of planning but pausing to think about how any of this is possible is not all that helpful in this style of thriller.

Cole may have been going for something a little different with Ragdoll but instead he just ends up with more of the same. For readers who like this sort of thing, Ragdoll, ticks all of the right boxes and they will find the pages almost turning themselves, not giving them time to think about the lack of logic. But there is nothing really to make this book stand out from the crowd other than more macabre ways of displaying dead bodies and inventive ways of killing others (you might never look at an inhaler in the same way again). 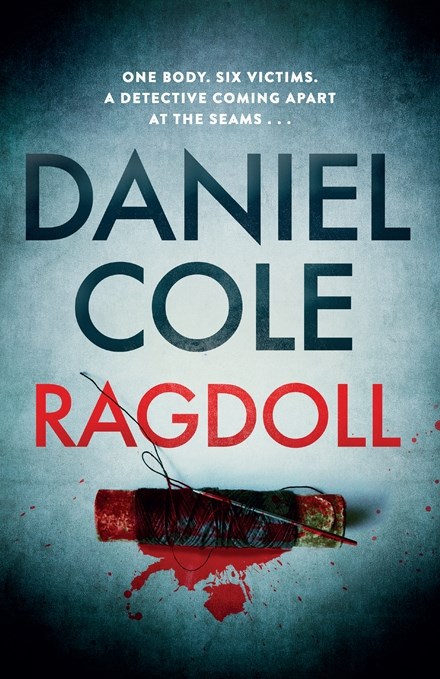