Jock Serong seems to determined to shine a light on every dodgy part of Australian culture. In his Ned Kelly Award winning debut Quota it was the illegal abalone and drug trades in a small coastal town. In his follow up, The Rules of Backyard Cricket it was corruption in professional sport. And now, in On The Java Ridge, he takes on Australia’s border protection attitudes, policies and practices.

The Java Ridge is a tour boat for rich Australian surfers. Built to represent an Indonesian fishing vessel, it is taking seven surfers out to remote Indonesian Islands in search of perfect waves. At the same time, people smuggling boat the Takalar has left Indonesia, its passengers, including ten year old Roya, hoping to find refuge in Australia. The two crews come together when the Takalar is wrecked on the fringing reef of a tiny island where the surfers have made camp.

Serong has crafted an incredibly tense novel. He does not pull any punches in the plight of the refugees and the surfing party, both thrown into disarray by the wreck and dealing with significant injury and death. And their subsequent search for safety is nerve wracking. At the same time, the machinations that sit behind their potential for rescue, make this a political thriller as much as a survival thriller.

Serong takes on the Australian Government’s propensity to contract out its security problems, still playing out in reports from offshore detention centres. In On the Java Ridge, the Australian Government has contracted itself out dealing with refugee boats while they are still at sea from the Navy to an uncontrolled and deniable third party called Core Resolve. Serong focusses on Cassius Calvert MP, the Minister for Border Integrity, one week out from an election, learning what it means to lose control of operations in order to have plausible deniability. And in particular his involvement in the one-upmanship around the dispassion for refugees:

“Even if the opposition tipped them out they’d have to adopt the same policy – any change of government represented an escalation where boats were concerned.”

On the Java Ridge is an angry book. And that anger comes out in some fairly strong polemic and confronting action. But it is also a powerful and nail-bitingly suspenseful one. Serong instils real understanding of all of his characters, including Calvert, which makes following them through their various travails, victories and setbacks sometimes hard to bear. But at times it can be something else entirely with an almost lyrical feel for the sea, its beauty, dangers and its moods. They way Serong manages to mesh these elements in On the Java Ridge continues to show why he is one of the Australia’s most exciting writers. 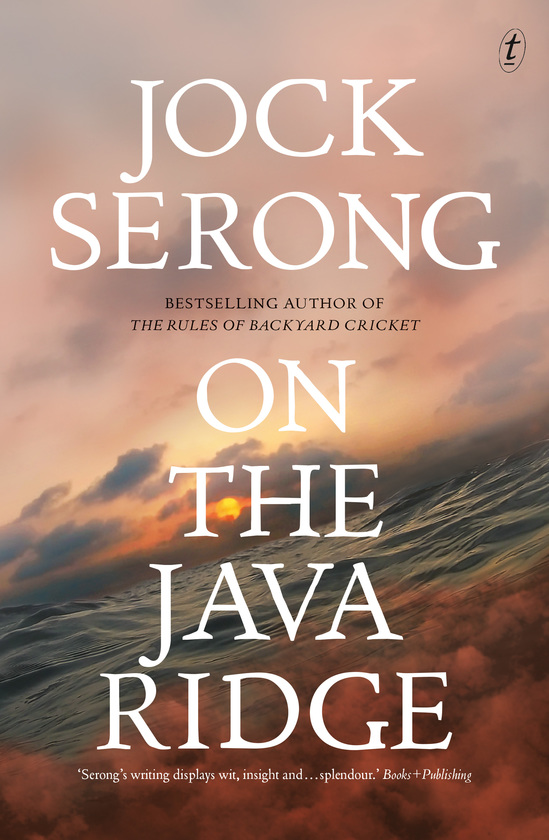