There comes a point in every fictional spy’s life when they have to go off the reservation. Where their organisation has disavowed all knowledge of them and they need to work outside the system to uncover a mole or other rodent within their organisation. For Solomon Vine, the opportunity to do this comes around page 10 after he is accused of shooting Ahmed Yousef,  suspected terrorist mastermind minutes after he reveals to Vine that he has a secret “that changes everything” and that he will have to be set free.

Fast forward a few months and Vine is suspended and facing being drummed out of the Service for his supposed involvement in the shooting. He is brought in ‘unofficially’ by his old handler when his colleague and sometime rival Gabriel Wilde, who was also there the day Yousef was shot, is kidnapped. Something is fishy and it revolves around a potential mole in the organisation only known as “Nobody”. The identity of Nobody is the secret which Yousef was shot for and he is still alive, in a coma in a London hospital.

My Name is Nobody is perfect fodder for fans of espionage TV shows like Spooks. Solomon Vine is on the outside and always seemingly one step behind his nemesis. The conspiracy, of course, goes all the way to the top so that he does not know who to trust. The story beats are easy to predict and the identity of the mole, while probably intended to be a big surprise, is obvious from very early on in the piece.

This is a fun, pacey thriller. Matthew Richardson handles the action scenes well, his descriptions of the British Secret Service feel authentic, and London is well employed as the backdrop of most of the action. While the plot is a little bit derivative My Name is Nobody is a solid debut and an engaging origin story. It gives Richardson plenty of scope for future Solomon Vine adventures. 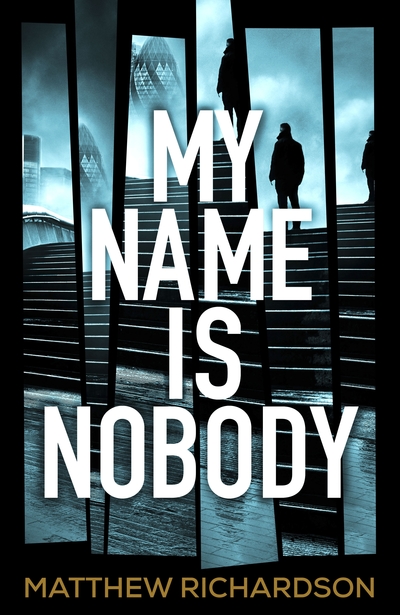