Jennifer Egan is best known for her creative, experimental Pulitzer Prize winning novel A Visit From the Goon Squad. That book was a series of connected short stories in a range of styles including, famously, a PowerPoint presentation. A historical drama, Manhattan Beach is a long way from Goon Squad stylistically (mostly) but still demonstrates Egan’s literary flare to great effect.

The book opens in the middle of the Depression, twelve year-old Anna Kerrigan is accompanying her father Eddie on business. He is going to visit a man called Dexter Styles. Eddie is a bagman for the union and his visit to Dexter is an attempt to change his fortunes. Eight years later, it is the middle of World War II, Eddie disappeared without a trace many years before and Anna, living with her mother and disabled sister, is part of a female workforce at the docks building and repairing warships. Dexter Styles, meanwhile, runs a series of nightclubs and gambling dens on behalf of a Chicago mobster. Both are haunted to some extent by Eddie’s disappearance.

The plot itself is part coming of age, part mystery story, part gangster story. Egan masterfully juggles the various plot elements around the likeable, plucky Anna and the ambitious but conflicted Styles. Anna yearns to become a diver and has to deal with the explicit chauvinism of the time. Styles is looking to do something for the war effort and move the business he is in into something more legitimate. When they encounter each other, Styles finds a temporary escape and Anna sees a way of solving the mystery of her father’s disappearance.

Manhattan Beach is great historical fiction. Egan creates a very real sense of New York City during the War and her characters are used effectively as a window into a lost world. The drama itself is driven by character but also the historical circumstances that they find themselves in. Anna finds opportunity in a lack of male workers but, as a single woman living on her own, is also constrained by the societal norms of the time.

The sea is an enduring symbol throughout the book. From the opening chapter where Anna dips her feet into the frigid Atlantic on the beach adjacent to Styles’ house, through Anna’s work on and under the docks and u-boat attacks on wartime convoys off the coast of Africa. Behind all of the action is the allure, the majesty and the danger of the sea, vividly described.

Egan hints, and sometimes more than hints, at the exceptionalism that drove America’s engagement in the war and carried it through the next fifty years. The feeling that not only would they win the war but would become a much greater world power as a result. In some ways it is an elegy to the position America would have in the world when it looked outward rather than inward.

Manhattan Beach shows once again, although it did not need proving, that Egan is one of America’s most interesting, diverse and important writers. 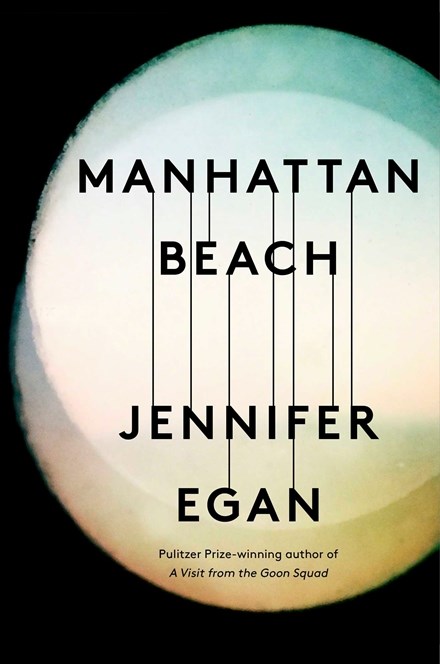