The first book of Ian McDonald’s Luna series, New Moon, started slowly but ended with a bang, an all-out attack on one of the five families that control the Moon. After this, readers might have expected McDonald to rest a little on his laurels, calm the pace down, and perhaps slowly build to another climax. But Wolf Moon is not that book. Early on is another massive destructive/action scene which blows any supposed status quo out of the water. And from that point things only get more intense with numerous pay-offs, twists and developments. As the reader keeps being reminded – there are a thousand ways to die on the moon – and McDonald seems intent on exploring all of them.

McDonald’s Luna continues to be a masterful piece of world building while being respectful of his fictional predecessors there – particularly Robert Heinlein. Luna is a frontier, an “economic colony” where pretty much anything goes so long as the resources keep flowing. McDonald’s developing world sensibility continues to shine through the polyglot influence on Lunar culture of the five families who controlled those resources – Brazilian, Ghanaian, Russian, Chinese and Australian. McDonald explores this milieu through a large cast of characters and again, reading New Moon is essential to understanding the complex web of relationships and motives at play.

The Luna series was originally conceived as a duology. And at a macro level, the two books do tell a complete story. But McDonald leaves plenty of little cliffhangers involving a number of characters and it is clear that there is plenty more story to be told as the cycle of revenge and retribution rolls on. Given the detail of this world and how vivid and engaging this series continues to be it would be a shame for McDonald to leave the Moon now. 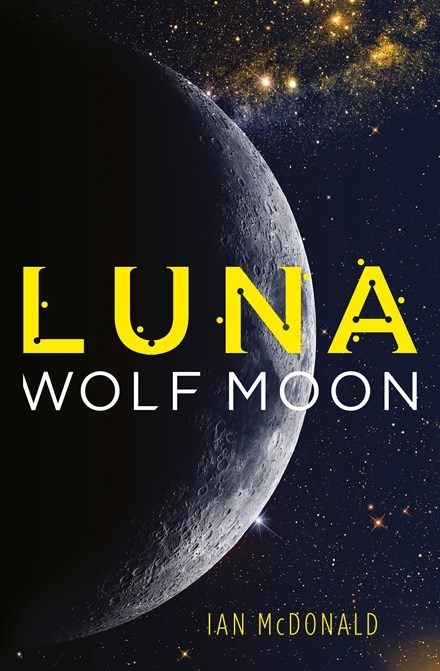