Fans of the long running Welcome to Night Vale podcast will have been eagerly waiting the new novel from its creators Joseph Fink and Jeffrey Cranor. While the first Welcome to Night Vale novelisation felt like an extension of and introduction to the world of the podcast, It Devours is an experiment in something a little different.

Nilanjana is a scientist who came to Night Vale four years earlier but is still considered an outsider. She meets Darryl, a proselytiser for the Church of the Smiling God, a bizarre newish religion which gave him a sense of community when his parents died. But as is always the case in Night Vale, something is not quite right. Pretty soon the town is facing an existential threat and the two come together to try and save Night Vale.

While no prior knowledge of Night Vale is required, it certainly helps, and those in the know will get much more out the book. The narrative is partially based on a long running storyline, visits some well known Night Vale locales and features plenty of regular characters from the podcast. To enjoy the ride, those unfamiliar with the bizarre little town of Night Vale will just have to be prepared to go along with the weirdness.

As with much Night Vale output, Fink and Cranor tackle some big issues in It Devours. The focus here is the relationship between science and religion. The authors do not take the easy road of science good/religion bad.  They use their story and characters explore the nuances of different belief systems, be they faith or logic based, and what happens when these systems are put to the test. But they also take time for the personal, including the relationship between Nilanjana and Darryl.

In the Night Vale podcast resolution of much of the action tends to happen off screen (or off air). It Devours puts the action front and centre. So that, together with all of the other Night Vale elements, Fink and Cranor manage to deliver a weird, thought-provoking thriller with plenty of heart. 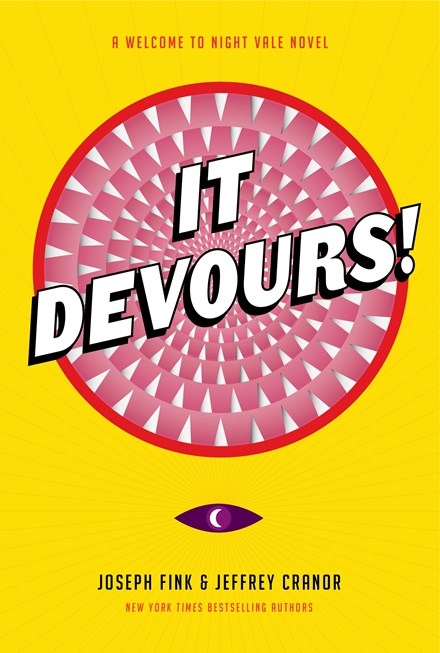