Garry Disher is probably best known for two crime series – the Peninsula Crimes books centred around the police in Victoria’s Mornington Peninsula and the Wyatt books, recently rebooted, which focus on a career thief. But he has other strings to his bow, with both contemporary and historical “literary” novels in his long career. Her, a historical novel set in the northern Victorian countryside in the years following the turn of the century, gives a blunt and confronting look at of the time.

The main character of Her does not even have a name for the first third of the novel. In 1909, at a young age the protagonist is sold by her family to the local scrap man and for years she is only known as “You”. The scrap man already has a wife and a teenager (known as Big Girl) who he possibly acquired in a similar way and who he later gets pregnant. You is put to work, catching rabbits, making items out of scrap and rags for sale and learning how to be a pickpocket and a thief. Life is already tough for the three women and the abusive, manipulative actions of the scrap man towards them make it even tougher.

Disher follows You as she grows up in this environment. When she is older she names herself Lily and goes travelling with the scrap man, often making money for them which he then drinks or gambles away. Early on she tries to escape and is brought back by well meaning locals who choose to believe that she is feeble minded and therefore does not need to be in school. Later, when Big Girl has given birth to a daughter, Lily feels compelled to stay to protect the baby.

Throughout, Lily retains an optimism, a broader view and a belief that someday this will all end and her life will improve. And it is this optimism that prevents the story as a whole from wallowing in despair. Lily is strong and compassionate character and these qualities shine through the darkness in which she finds herself.

In the background of Her are the major events of the early twentieth century including the First World War and the Spanish flu epidemic. Disher is interested in how the scrap man can ignore these world events, so focussed is he on his short term pleasures. Lily, more in tune with the world, finds herself caught up with the wartime fervour and later, understanding the impact of the flu.

Disher effectively captures a time and place, the hardscrabble life in the Australian outback at the turn of the century, a life which was slowly disappearing as the world modernised. There are no “jolly swagmen” in this world. This is often an unflinching look at the plight of women and children and the impact of poverty. Her is, overall, an effective and moving historical novel. 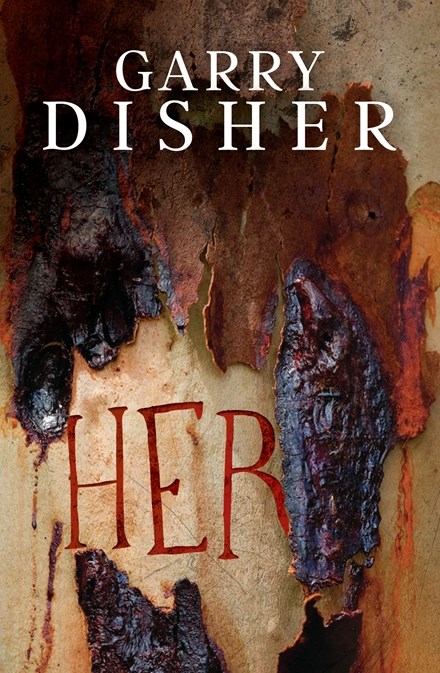