Hwang Sok-Yong is a much celebrated and highly awarded South Korean novelist who has spent his career documenting life in both his country and North Korea. Familiar Things is the sixth of his many books to be translated into English, following last year’s publication of Princess Bari. That book used Korean mythology as the basis for an exploration of life in North Korea and the plight of Korean refugees. It had an international flavor. Familiar Things also has a fantastical element but is much more local. The action barely moves from a shanty town on the misnamed Flower Island and its focus is on the coming of age of Sok-Yong’s protagonist nicknamed Bugeye.

When Familiar Things opens, fourteen year-old Bugeye and his mother are in the back of a garbage truck. They are moving from their slum in the city (presumably Seoul although the city is never named) to Flower Island, the city’s garbage dump. There they have a hastily erected slum dwelling built for them and join a gang of pickers. The pickers go out every morning and sort through the garbage that comes from the city, picking out items that can be resold, reused or recycled. This includes food that is not quite spoiled that they use to enhance their meagre meals.

Bugeye is just old enough to join the picker crew but quickly forms a relationship with Baldspot, a younger boy who is the son of his mother’s lover. The story follows Bugeye and Baldspot as they discover some of the mystical side of Flower Island, including the spirits of the former inhabitants. While there are ghosts in this story there is nothing threatening or scary. In fact, even Bugeye observes at one point:

“How could anything be scary, compared to waking up every morning to the same unchanging stench, the dust and the flies, the monstrous dump trucks pouring out hideous-looking objects of all shapes and origins?”

Despite Bugeye’s dire living situation, Sok-Yong manages to capture positive experiences and elements of joy. And while it never seems like his lot will improve, Bugeyes manage to find some sense of normality in his situation.

Sok-Yong is able to take the reader into Bugeye’s world and understand the consequences of the rapid growth of Korea. It tells a story of the impacts of rampant consumerism and of those left behind by that advancement. Of the perfectly useful things and food thrown away every day by the haves at the expense of the have nots.

And while the setting and the cultural references are Korean, his characters are universal. The plight of Bugeye and his mother is not an isolated tale but a story played out around the world in many countries. So despite its local focus, Familiar Things is in fact an international tale. Once again in this novel Hwang Sok-Yong shows himself to be an important, international novelist. 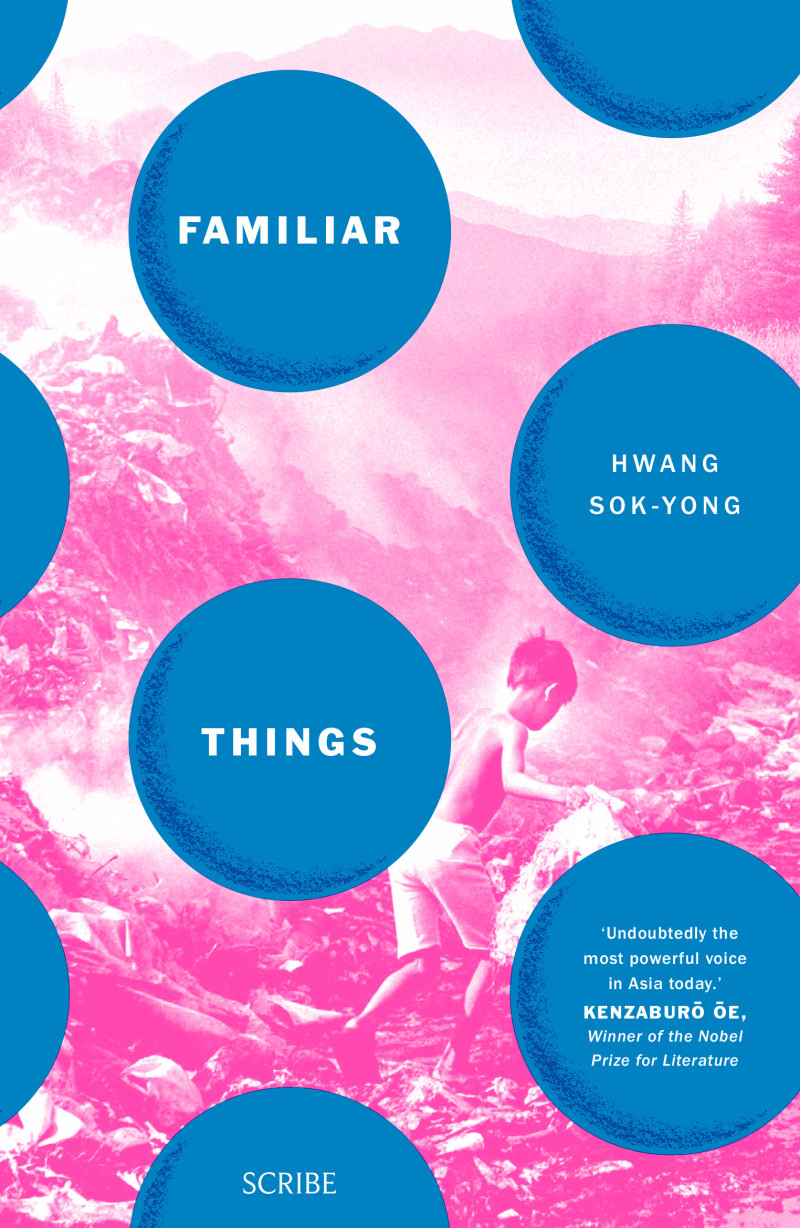