Sally Abbott’s Closing Down won the Richell Award, a prize given to emerging writers judged on the first three chapters and outline of an unpublished work. And Closing Down’s first three chapters effectively set the tone of the rest of the piece. The opening image particularly, of a large drunk man riding a small pony to death is a powerful and startling one and serves as a guiding metaphor for the whole (a metaphor with is unfortunately unpacked a few chapters later).

Closing Down is set in a near future where climate change and economic breakdown has pushed Australia to start emptying its small rural towns and concentrating people into larger centres. This is part of a global movement to address the impacts of climate change and it is creating a global wave of refugees all being housed in massive new refugee centres.

The narrative focusses on Clare, living in one of the Australian inclusion zones but struggling to get by, and Roberto an international journalist and his lover Ella who works in refugee resettlement. The tenuous connection between Roberto and Clare comes through Roberto’s grandmother, Granna Adams, who raised him and who takes Clare in when she is evicted.

Closing Down is a stark and melancholic view of the future, with a tone reminiscent at some points of Cormac McCarthy’s The Road but with the cli-fi stylings of Paolo Bacigalupi’s The Water Knife. But unlike either of these predecessors, Abbott does not provide much more than a series of arresting images and ideas, the characters barely develop and a lack of plot makes it difficult to engage with. This failing is not improved by either the ultra-violent flourishes – a reality refugee game show and a centre where the rich get to hunt and kill refugees – or the magical realist touches – such as the rain of bones or the cabal of kindly, mystical grandmothers.

For all of its structural and tonal issues, Closing Down is a valuable, Australian addition to the growing sub-genre of climate fiction. Abbott does provide a glimmer of hope but this is a stark view of the future, and a realistic warning about where the impacts of climate change in Australia are most likely to fall. 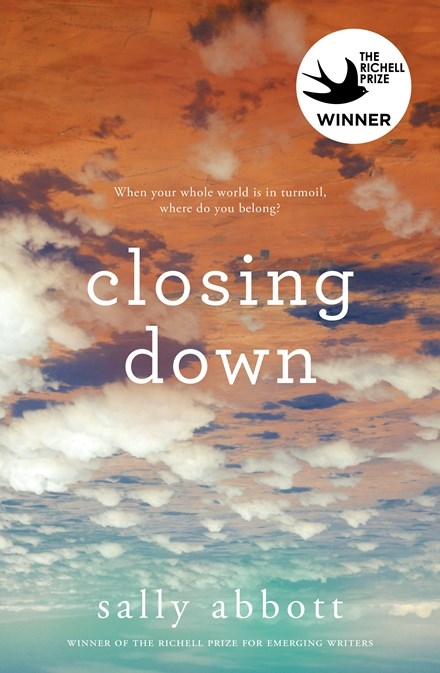