Stephanie Garber’s debut novel is a finely wrought Young Adult Italianate fantasy. It has elements of gameplay, cautious romance and danger but is always keen to assure characters and readers that it is ‘only a game’.

The book opens with seven years of letters from Scarlett Dragna to the mysterious ‘Legend’. Legend runs an annual event called Caraval. Not much is known about Caraval except that it involves players and magic and possibly a little adventure. But all Scarlett can do is dream, stuck on an island with an abusive father, engaged to marry a nobleman who she has never met and sworn to protect her impetuous younger sister. When tickets arrive for Caraval a week before her wedding, Scarlett baulks at the chance but her sister has other ideas.

Caraval, it turns out is a giant game. For five days, competitors try to solve a mystery in a magic city that is a little reminiscent of Venice. Gameplay can only take place at night and it turns out very quickly that the object of this year’s quest is Scarlett’s missing sister Tella. Scarlett is helped by the mysterious, good looking sailor who helped them travel to the island and to whom she finds herself attracted.

There are some effective twists in the story but most are authorial sleight of hand and, being YA fantasy, the ultimate result is never really in doubt. But the target readership – teenage girls mainly – will have a lot of fun getting there. The setting is gorgeous, sometimes dangerous and full of interesting nooks and crannies, the costumes are lush and described in detail, the mystery is played out at a good pace and the romance is appropriately pitched. There is a wider world only vaguely hinted at in Caraval which no doubt Garber will be exploring in coming volumes of this series. 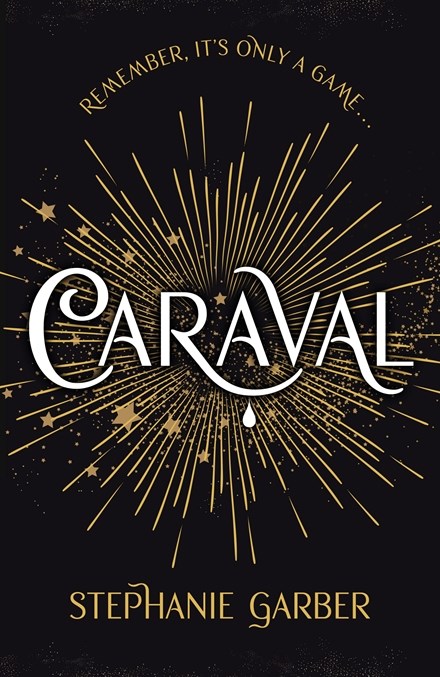