With his debut, The Martian, such a success, there is plenty of expectation riding on Andy Weir’s second novel, Artemis. Artemis is also set in the near future, in space (on the Moon to be precise) and most of his characters seem a little too obsessed with science (or economics) but narratively Artemis is a very different beast to The Martian.

Artemis is the name of the small lunar colony, home to Jasmine ‘Jazz’ Bashara, down on her luck and looking to make her fortune. Jazz keeps her head above water running contraband into the colony but very soon finds herself in the middle of an economic war for control of the aluminium smelter which, as a by-product, produces unlimited oxygen for the station. With sabotage, murder and organised crime in the mix, things start looking bad for Jazz until she takes her life, and the future of Artemis into her own hands.

Given the number of big name science fiction authors who have successfully used the Moon as a setting, Weir has set himself a mammoth task from the outset. Artemis is a frontier town where almost anything goes and the law is often in the hands of the locals and there is a fair amount of technical explanation for why things work differently in Artemis. And while the whole package is not as sophisticated as Heinlein’s Moon or McDonald’s Luna, the setting itself feels like a believable, fully lived in environment.

Cut to the bone, Artemis is essentially a heist novel (a number of characters refer to their exploits as “capers”) where the laws of science creates problems for our heroes but being savvy about science also means any problems can be fixed. While the plot, characters and setting are different to The Martian, there are plenty of elements that make this a Weir novel. Jazz’s overall snarky, sarcastic tone is similar to Mark Watney, everything can be fixed by solving technical problems and most of the main characters all seem come from the same geeky casting pool. But, like The Martian, Artemis is also a rollicking read and sure to appeal to fans looking for engaging, tech-filled but not too challenging science fiction. 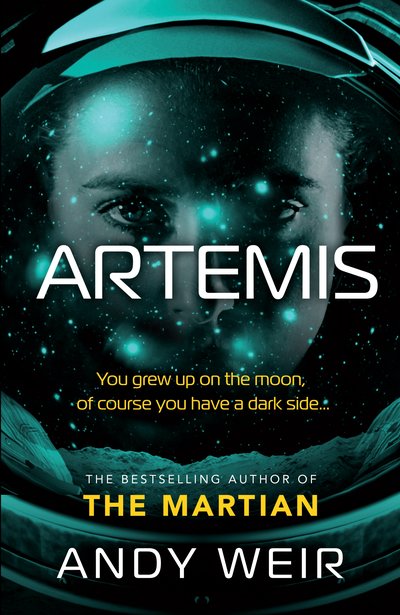