The Long Way to A Small Angry Planet, Becky Chamber’s eye-opening debut, brought a bit of humanism into science fiction. Like recent film Arrival, and much of Star Trek, Chambers was interested in using science fiction to explore elements of the human condition through science fiction. You would expect that the sequel would build on Chambers’ rich universe and diverse cast. But Chambers, bravely and successfully, takes a different approach. Focusing on two of peripheral characters from the original book and based mainly in a familiar locale.

At the end of Planet, rebooted Artificial Intelligence Lovelace had been illegally installed into a human body-kit and spirited away by fix-it guru Pepper, leaving the crew of the Wayfarer to go on their way. Chambers tells the story of Lovelace, now Sidra, as she adjusts to being in human form and the history of Pepper, who started her life as a throwaway clone and was rescued and raised by a ship’s AI called Owl.

Whereas Planet had some semblance of a plot and some secrets among the crewmates to drive the action, Orbit is almost pure character drama. While there is some tension in the fact that Sidra is effectively illegal and Pepper, in the past, had to fight to survive, and is still trying to find Owl again, these are not the main drivers of this story. Rather, it is the web of relationships, the struggle of all the characters to do the right thing and overcome their prejudices, cultural programming and histories.

Chambers delves deep into territory that has been explored on the screen in series like Battlestar Galactica and more recently Ex Machina, Humans and Westworld – asking questions about the nature of consciousness and humanity but she takes a gentler, more humanist approach to the issues. So that while Orbit seems to be smaller in scope than Planet it is deeper and in many ways more profound and affecting. 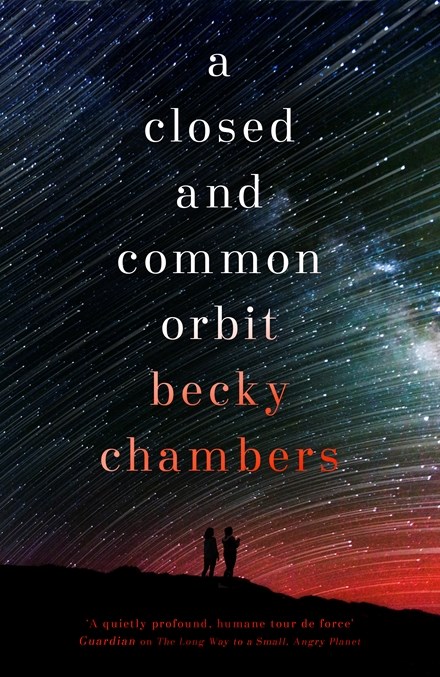