Rachel Seiffert’s A Boy in Winter, explores the Nazi occupation of the Ukraine and the impact on its Jewish population by focusing on one small village.  There is always a question whether we need more books set in World War II. But in an age of continuing Holocaust denial and ongoing genocidal wars, reliving, remembering and investigating this time becomes more and more important.

When the book opens two small boys are running through the night, it will be some time before Seiffert catches up with them again, by which time they will be truly on their own. The next morning, the SS and the Ukrainian police round up all of the Jews in the village and march them to a holding area. In keeping with the sharp focus of this book, the process is told through the eyes of the elderly school master and his elderly mother who are beaten as they are herded through the town. The rest of the local populace does nothing but watch through shuttered windows as their former neighbours are taken from their homes.

Seiffert’s narrative ranges across a diverse cast of characters. One is Otto Pohl, an engineer who has been employed by the SS to build a road through the Ukrainian marshland, a symbol of the Thousand Year Reich. Pohl became an engineer to avoid having to go into the German army but soon finds himself just as compromised as he might have been as a soldier. His project is being built by slave labour and when he is asked to pick out new labourers from the imprisoned Jews he final starts to reconsider his decisions. Another is Yasia, a Ukrainian peasant girl who eventually risks her own life to help the two boys escape from the town.

A Boy in Winter is confronting. But this is a necessary confrontation, a reminder and a warning about what happens when people allow themselves to be carried along with things they are uncomfortable with without speaking up, when they allow their fellow citizens to be treated as less than human. For those who are unfamiliar with the rapid and systematic murder of Jews in the Ukraine, the fate of the Jewish population of the town may come as something of a shock. But for others, it is the build-up that is excruciating, the way in which the people are dehumanised by the SS to the point where killing and disposal of the dead becomes merely a logistical exercise, one that poses no moral or ethical issues for the soldiers. Pohl, the only German who seems to care finds himself unable to speak up, trapped by his position and his conflicted loyalties he turns away from what is happening.

There is a little grey here – while the majority of the populace either turn away from the massacre or participate, the narrative does focus on the few people who come forward to help or protect the two runaway boys. But their reactions leaves one to wonder whether help would have been quite as forthcoming if two adults were seeking to escape. Despite small moments of goodness, A Boy in Winter is a dark book dealing with a dark time in human history. But given the continuing propensity of people to retreat into nationalist us-versus-them rhetoric, it is a time that we can not be allowed to forget.

A Boy in Winter by Rachel Seiffert

A Boy in Winter by Rachel Seiffert 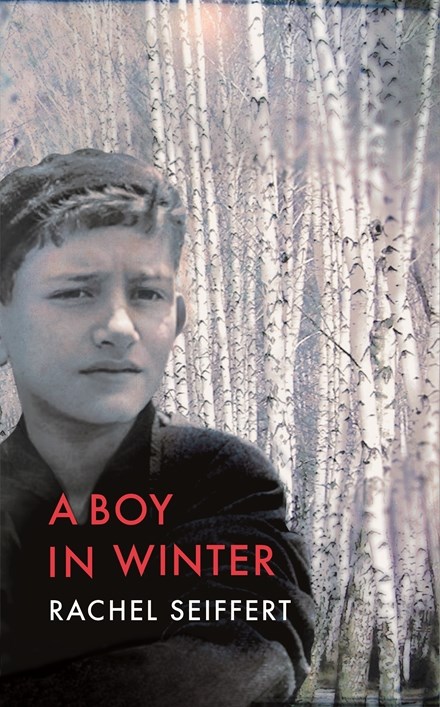