Laura Lippman steps into To Kill a Mockingbird territory in her latest legal thriller Wilde Lake. But this is not a coming of age story about a girl who sees her lawyer father do the right thing. Quite the opposite. Where Wilde Lake delves into the past, and it spends a lot of its time there, it is to highlight how much we miss and reinterpret as children and how those events may look different in the harsher light of adulthood.

Luisa Brant has recently fought a bruising political battle with her now ex-boss to become the first ever female district attorney of Howard County, Maryland. The win was particularly bittersweet as it was that same boss who had hired her during a particularly low period in her life. Lu is also the daughter of the most famous, and still loved prosecutor in the state’s history. So expectations are high but from her first murder trial, a seemingly open and shut case involving the killing of a woman by a local with a mental illness, things start to unravel.

At the same time as the contemporary case, Lippman takes readers through Lu’s childhood. Starting with an incident involving her brother and his friends on their last night in high school which ended with one in hospital and one of their attackers dead by a seeming misadventure. This story then rewinds to the family’s move to the brand new suburb of Wilde Lake and Lu’s early years being brought up by her father as her mother had died not long after her birth.

If there is a problem with this mode of storytelling it is that readers of this genre know that the events of the past are going to collide with the current events. Luisa is unable to make sense of many of the things happening around her as a child. As an adult, and with a few additional pieces in place, she finally starts to re-evaluate her past and her relationships. That said, Lippman manages these two stories expertly and while some of the turns are expected still manages a couple of killer twists.

Wilde Lake on its surface seems like a typical American courtroom drama. The focus on the DA and her investigation and the games played by the defence (who of course turns out to be the ex-boss she just kicked out of offce). But Lippman manages to pull the rug out from the expectations that this form engenders. And soon it is clear that she is only using this framework to tell a completely different story. One that is in fact a coming of age story, even if that coming of age does not really happen until sometime in middle age. 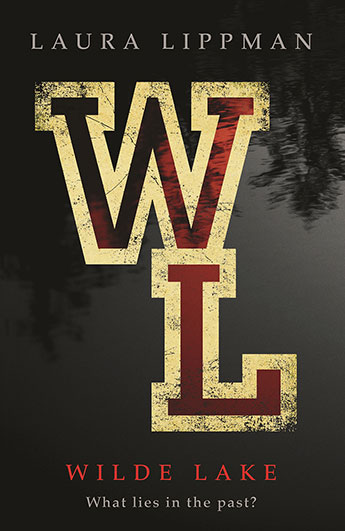