Sunset City opens like a classic noir thriller with a gender twist. A dark, rainy night in Houston, a world weary first person narration, a mysterious stranger at the door, a murder. The narrator is Charlotte Ford and her attractive visitor is Detective Ash, who has come to tell her that her old friend Danielle has been found beaten to death in a hotel. If Sunset City was the noir thriller that the opening seems to suggest then Charlotte would go out to investigate, trawling the mean streets of Houston in a quest to find her friend’s killer. But this is not that book.

Somewhere at its heart this is a crime novel. And Melissa Ginsburg uses the features of the genre to keep what little there is of a plot moving. Danielle’s mother is rich. Not only does this give Ginsburg the opportunity to juxtapose where Charlotte is hanging out with the wealthy side of Houston, it loads the plot up with a possible motive tied an inheritance. Detective Ash is also never far from the action, using Charlotte for information, and checking in on the police investigation that happens somewhere off the page.

But Ginsburg is more interested in exploring Houston’s underbelly – from small bars and pick-up joints, to the drug dens and the police drunk tank. And takes Charlotte deep into this world, describing this milieu this with a sharp eye and mordant curiosity.

Sunset City is not a long read but it is long enough to give a real feel for a side of Houston, and by extension most major American cities, that most tourists would not visit or dare to venture to. It is an assured debut, using crime tropes to anchor what is essentially a character study of Charlotte Ford and an exploration of the underbelly of modern America. Sunset City is not a comfortable trip but it is an eye-opener. 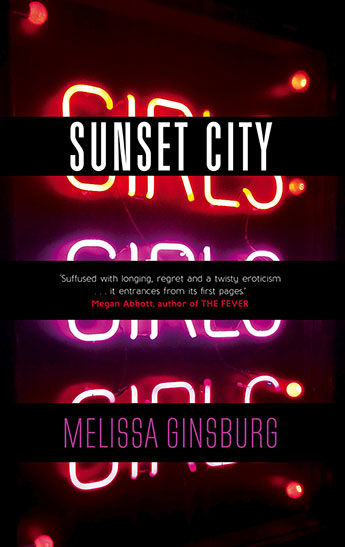