There is nothing more certain than death, taxes and books about the assassination of JFK. This event had everything – sex, drugs, mafia, movie stars, the FBI, the CIA, communists. And to top it all off, as Tim Baker does not hesitate to point out in Fever City, it was an event that changed the course of America and world history. The shooting of JFK  has always been the motherload for conspiracy theorists but also for crime writers. So if an Australian debut writer is planning to explore this event it has to be a case of go big or go home. In Fever City, Tim Baker, if nothing else, goes big.

Fever City is told through a number of narratives over different time periods. In 1960, private detective Nick Alston is brought in to help solve the kidnapping of the son of Max Bannister, one of the richest men in America with fingers in almost every pie. In 1963, contract killer Hastings is one of a number of hit men recruited to assassinate the president by a shadowy cabal of interests. These two characters live in the grey zone always with the potential to be saints or sinners. And in 2014, Alston’s son is writing a book on the JFK assassination, meeting people who claim to be involved and listening to their conspiracy claims with significant amount of cynicism.

Baker does not focus exclusively on the plot to kill JFK. In fact, the connecting thread of the three stories, and the element that works best in the classic noir crime sense, is the missing child investigation. Through this lens, Baker tries to put the JFK assassination in the context of broader moves to control the presidency by major industrialists, various factions of the secret service and the mafia. The kidnapping, its investigation and aftermath are all become part of this wider story.

Baker writes Fever City with plenty of verve. Nick Alston’s narrative, complete with an off the shelf femme fatale, is full of the type of purple prose that readers might expect from 1960s pulp thrillers:

“Hospitals. Churches for the non-believer. Penance is out, penicillin is in. And the corridors of the emergency ward have become the Stations of the Cross, universal suffering displayed one lonely bed at a time.”

And there is plenty more of this type of description to go round (“When the nicotine–yellow sky gave way to the jazz-blue heaven of despair”). Meanwhile, when the narrative focuses on Hastings it has more of a James Ellroy flavour – plot and character dealt with in staccato sentences often lacking adjectives or verbs: “An unknown mother. A brutal stepfather. A tour in the Pacific. A homecoming marriage to a childhood sweetheart; an impossibly cruel story.” Of course, Ellroy has also worked over these events in American Tabloid and The Cold Six Thousand, and Baker gives him a small salute with a passing reference to the Black Dahlia.

Baker has constructed a violent fantasy around the JFK assassination. He has taken the approach that if there was a conspiracy, he might as well make it as deep and as complicated as he can. Jumping off from the fictional kidnapping, the tale brings in everyone who was anyone at the time – including J Edgar Hoover, Howard Hughes, Lee Harvey Oswald, Jimmy Hoffa and Marilyn Monroe – as the story reaches its climax. It is a fun confabulation of events, with a great, last minute twist that throws the whole story open. This is a highly ambitious, stylish debut novel that hints at even better things to come. 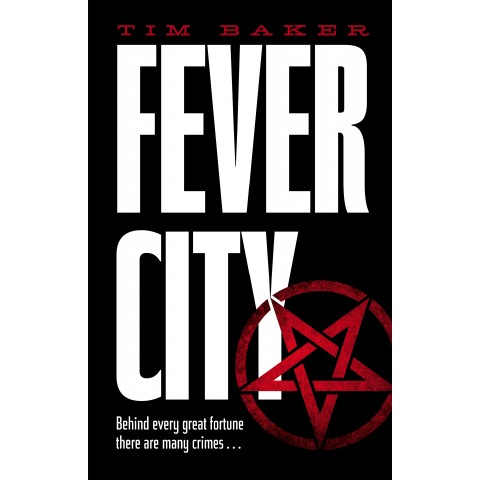