Maybe there is something in the water but the idea of decommissioned oil rigs as places for residence seems to be popping up a bit in science fiction lately (see also Jon Wallace’s Rig, reviewed here). In Madeline Ashby’s Company Town, the rig is off the coast of Canada and is the centre of a sprawling ocean-based town of five towers called New Arcadia. When the book opens, New Arcadia is being taken over by the Lynch Corporation following a disaster which destroyed much of the rig’s production capacity.

Go-Jeung Hwa is an outsider. Unlike pretty much everyone else on New Arcadia she has no technological modifications. This makes her both different and very valuable. Hwa acts as a body guard for the local sex workers who engage in a very well managed business. But she catches the eye of Zacharia Lynch, the ageing head of the Lynch Corporation, who wants her to be bodyguard for his teenage son and heir Joel who will be attending the local school.

In what is a serious sci-fi twist early on, it turns out that Joel is threatened by time-travelling forces from a Singularity future, that is a future controlled by an Artificial Intelligence. Zacharia believes that those future forces want to kill Joel to prevent particular outcomes and hopes that Hwa’s complete lack of technology can give her an edge over those forces. Just as Hwa takes on the bodyguard job her former clients start being killed, possibly by a serial killer. Hwa, feeling guilty for abandoning them for her new job, also sets out to investigate these crimes.

There is a lot going on in Company Town but Ashby successfully manages to keep all of her narrative balls in the air. Part of this is due to the strength of her protagonist Hwa. While this is sci-fi, Hwa is very much grounded in a noir detective sensibility. She has confidence issues, mother issues, intimacy issues and has a very direct form of investigation which involves stirring things up and then dealing with the consequences which usually involve some form of violence.

Company Town is a good example of strong, grungy modern science-fiction. There is the underlying plot involving the Singularity, some echoes of cyberpunk Gibson-esque sensibility with body modifications and corporate control, some of the Wild West elements that were pioneered by Firefly and that we’re seeing on newer sci-fi TV shows like Killjoys, but in a more nuanced frame. Ashby’s world building and characters are strongly drawn and her finale, while completely twisted by the time-travel elements, is well handled. 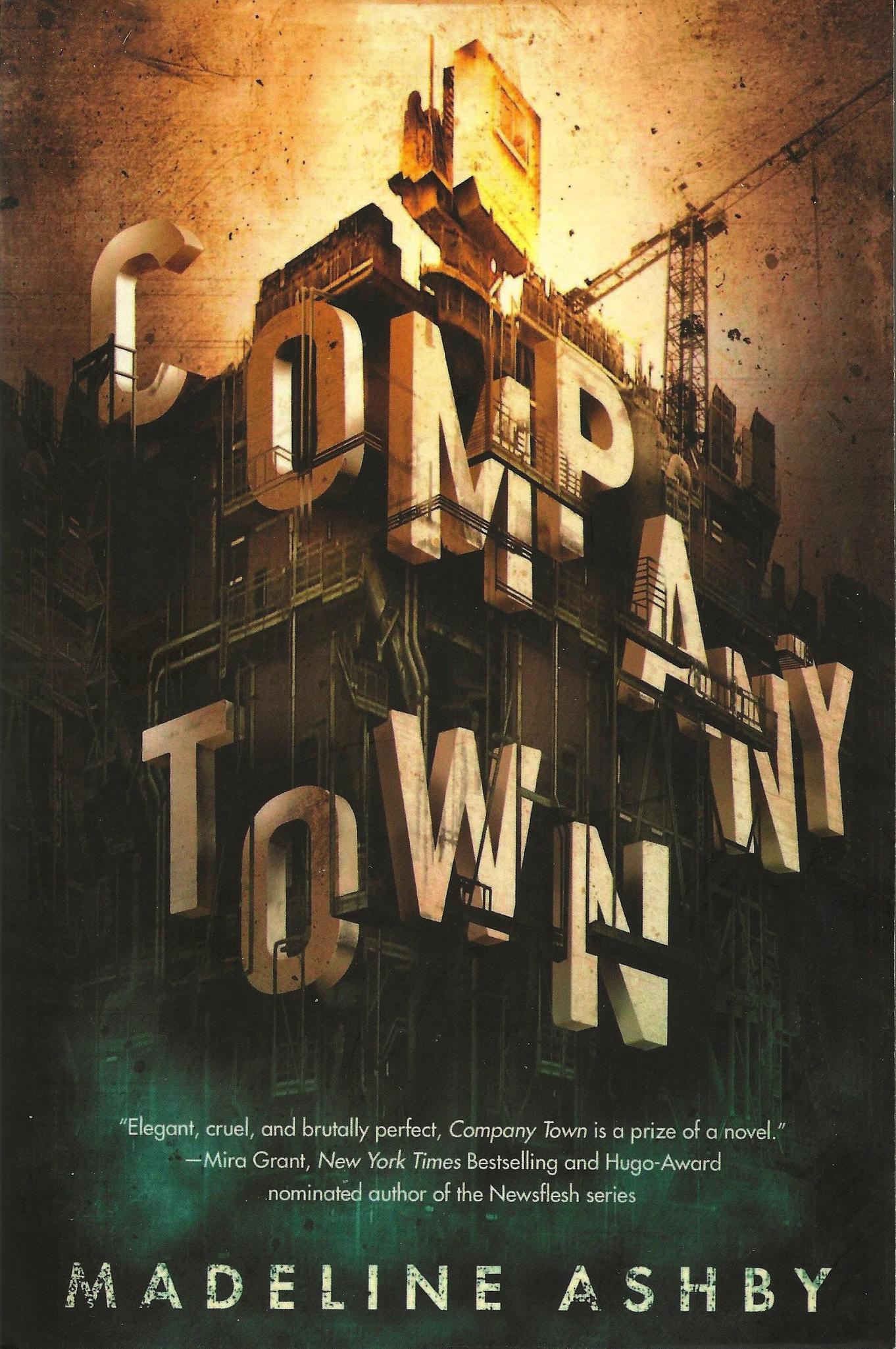